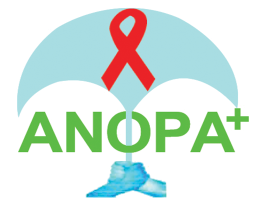 Addis Ababa Network of PLHIV associations was founded in April 2007 following the then ironic stigma and discrimination and economic problems.   No integrated services for people living with HIV. AIDS death was at its pick. Above all, there was no way to the government due to lack of unified sound to be heard.

These driving factors have opened the door for further discussion among PLHIV associations to network to amplify collective voices of PLHIVs and their organizations in access to the government for socioeconomic support. Accordingly, 12 PLHIV associations came together and formed the consortium named “Addis Ababa kevirasu gar yeminoru maheberat timiret/AKMT” which was called later “Addis Ababa Network of PLHIV Associations/ANOPA+.

The foundation of the consortium has not only brought about vocal representation but further stretched to global resource mobilization, diversification of partners and fund sources and more importantly great involvement of people living with HIV/AIDS/GIPA. Implementation of GIPA was really turning point for PLHIVs to represent themselves at all platforms and paved the way for self-realization.

Today, the 15 PLHIV member associations of ANOPA+ are sustainably working on community HIV prevention under the motto of their predecessors “let the adverse be the end, generation be saved”. This unfolding motto by any circumstance must continue to the end of bringing HIV endemic would not be worry to our nation.

To this end, our associations and members ought to understand, what so ever sacrifices it demands their prevailing commitment and endurance continue to save the generation from HIV/AIDS.